With the loss of more than half of their operational MiG-21 force, the VPAF ceased intercept operations for several months to recover, re-equip and re-think strategy.  In the aftermath of the January debacle, senior North Vietnamese leaders undertook an intensive after-action review, surfacing a number of deficiencies in tactics, pilot training and decision-making within the chain of command.  The U.S. Air Force would not have further encounters with MiG-21s until 23 April, 1967 (4).  On this occasion, an F-4C of the 366th TFW continued the string of Phantom victories by downing another MiG-21.  The revamped VPAF strategy and tactics finally realized results on 30 April 1967, to the detriment of the American 355th TFW, when Nguyễn Văn Cốc and his flight leader both claimed victories over F-105s.  Other pilots of their squadron downed three more F-105s, including an F model piloted by Maj. Leo K. Thorsness who was taken prisoner and would later be awarded the Congressional Medal of Honor (4).
As might be expected in any protracted conflict, both sides continued to evolve technology, strategy and tactics in pursuit of advantage and in response to initiatives by their adversary.  The North Vietnamese continued to exploit the "target-rich environment" presented by U.S. strike missions, claiming to have downed a total of 266 U.S. aircraft with no less than 17 VPAF pilots claiming status as "Ace".  U.S. authorities acknowledge the loss of 89 aircraft in air-to-air engagements, while claiming 195 aerial victories, for a kill ratio of 2.2:1 (5). Only two U.S. pilots qualified as aces, with three additional weapon systems officers achieving five or more victories.  The comparatively small number of U.S. aces can be attributed to the relative scarcity of targets for U.S. fighter crews and their shorter terms of service in the theater of operations.
PASSING THE TORCH
As commander of the 8th TFW, Col. Olds remained active in the air, flying a total of 152 combat missions, 105 of them over North Vietnam.  He went on to destroy three more MiGs in combat, making him a "triple ace" with a total of 16 aerial victories during his illustrious career.  Col. Olds also distinguished himself in executing hazardous, low-level strike missions against heavily defended targets, earning the Air Force Cross for leading a strike against the infamous Paul Doumer Bridge in Hanoi.  Among his other decorations are the Air Force Distinguished Service Medal, four Silver Stars, the Legion of Merit, six Distinguished Flying Crosses and 40 Air Medals.
Col. Olds relinquished command of the 8th TFW in September, 1967 and was reassigned to duty at the United States Air Force Academy where he served for three years as Commandant of Cadets.  He was promoted to Brigadier General in June, 1968 and spent the last years of his Air Force career as Director of Aerospace Safety.  Throughout the remainder of his career, Gen. Olds was a strong and vocal advocate for strengthening Air Force pilot training in air combat skills.  His intense advocacy and openly confrontational style often brought him into conflict with senior leaders.  He retired from the Air Force in 1973.
While 2 January, 1967 was a bad day for Capt. Nguyễn Văn Cốc, he was not finished defending the skies of his homeland. Due to some good fortune, and excellent Soviet ejection seats, he and at least four of his comrades of the 921st Fighter Regiment survived to fight another day.  Capt. Cốc returned to active duty with his regiment and went on to become the highest scoring fighter ace of the Vietnam War, with seven victories against US Air Force and Navy combat aircraft.  Among his victims were three F-4s, three F-105s and a single F-102.  Two of the Phantoms downed by Capt. Cốc were F-4Ds of the 8th Tactical Fighter Wing, the same unit that inflicted the January 1967 disaster on the Sao Do Regiment.  He was also credited with shooting down several AQM-34 unmanned drones.  All of his air-to-air victories were achieved with the K-13 infrared guided missile.
With the halt of U.S. bombing in October, 1968, Cốc assumed a role as flight instructor, imparting the benefit of his combat experience to fighter pilots in training.  Among the beneficiaries of his tutelage was Nguyễn Đức Soát who would also become an Ace flying the MiG-21, with five aerial victories to his credit. In 1969, Nguyễn Văn Cốc was awarded the prestigious Huy Hiệumedal for each of his aerial victories and was recognized as a Hero of the Vietnamese People's Armed Forces.  After the war, he remained in the Vietnamese National Air Force, retiring in 2002 as Chief Inspector with the rank of Lieutenant General (6).

In some respects, these two men stood in striking contrast to one-another.  At age 44, Col. Olds was a seasoned combat veteran, approaching the end of his career and seizing one last opportunity to apply his considerable talents as a fighter pilot.  Capt. Nguyễn Văn Cốc went to war as an inexperienced but aggressive and highly motivated rookie, anxious to prove himself in combat.  On further reflection, however, it appears that these men had a great deal in common, and that their differences are largely generational and cultural.  Robin Olds was a member of America's "Greatest Generation," raised during the Great Depression.  When his nation was threatened by axis aggression, he went to war as a volunteer and fulfilled his obligation with courage and skill. Nguyễn Văn Cốc was also raised in a time of adversity, during the French occupation of Indochina, and volunteered at an early age to risk his life in defense of his homeland.  Both men acquired a compelling desire to fly at an early age and pursued their careers as military aviators with zeal and commitment.  Their skills as pilots and combat leaders distinguished them among their peers, and they met the challenge from their adversaries with courage, tenacity and resilience.  Both men were patriots, and repeatedly demonstrated willingness to put their lives on the line in defense of the values they held dear.  These two fine aviators were held in high regard by their peers and have earned the respect and admiration of the nations they served. 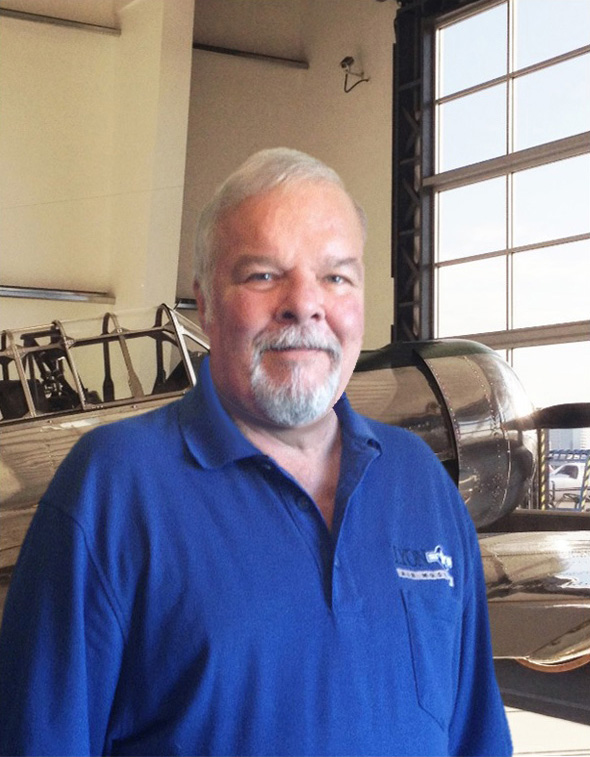